Today at a press conference in the City of Champaign, Illinois it was revealed that University of Illinois will take on University of Nebraska at the Aviva Stadium for the 2021 Aer Lingus College Football Classic. This will be the first time that either team has travelled to Ireland. The game is sure to be a huge draw for sports fans in both the US and Europe. Nebraska is one of the most successful American College Football teams in history and Illinois has significant links to Ireland.

The current five-game series, sponsored by Aer Lingus, kicks off on August 2020 with the return of the Navy vs Notre Dame. The game will generate an estimated €250 million direct economic windfall for the country over the coming years. Fans are expected to travel in droves to the game like they did in 2012 when over 35,000 fans travelled from the US to the Aviva Stadium for the Navy vs Notre Dame fixture. Limited hospitality and travel packages are currently available for the Navy vs Notre Dame game, and general tickets will go on sale to the public this coming spring.

ESPN College GameDay Built by The Home Depot is bringing its iconic pre-game show to Dublin on Saturday, 29th August 2020. The game kicks off a new college football season and marks the first time in history that the travelling road-show will broadcast from outside the United States. The 11-time Emmy Award-winning show, in cooperation with Aer Lingus and Tourism Ireland, will set the scene for the Aer Lingus College Football Classic between Notre Dame and Navy at the Aviva Stadium.

Ticketing / Hospitality & Travel Packages Hospitality packages for both the 2020 and 2021 games are on sale now at collegefootballireland.com.

General ticketing information to be released in due course, with a pre-sale sign-up option available on the official site. 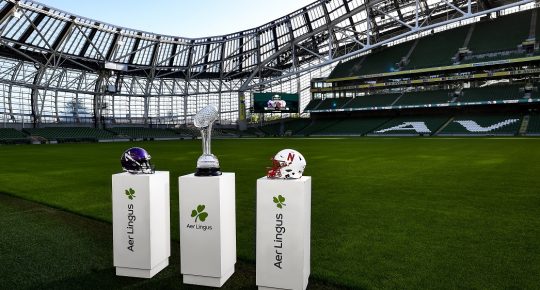 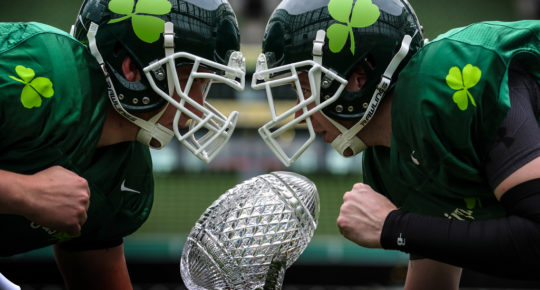