As we launch our largest ever direct entry pilot recruitment campaign, we spoke to two pilots who recently joined our ranks: First Officer Fanny Van Leynseele (a native of France) and First Officer Giovanni Conti (from Italy).

“My name is Fanny Van Leynseele. I’m originally from France, and I’m currently an Aer Lingus First Officer based in Cork.

“My passion for aviation grew out of watching military air shows as a teenager. My dad used to bring me to see them every summer. I was fascinated by the aircraft and the skill of the pilots,  and I decided then that I wanted to do the same. Very soon I had my own gliding license and I spent my summer holidays flying gliders. I was hooked, and that’s when I realized that flying was a real career prospect, and the only thing what I wanted to do.

“After my pilot training, I worked on the ground as an ATPL ground instructor for two years before joining a Hungarian airline as a First Officer, flying on the Airbus A320. After my time flying in Eastern Europe I jumped at the opportunity to join Aer Lingus as a contractor pilot. I got offered a permanent position last winter.

“Aer Lingus is a great airline to fly with. We have really high standards and you are constantly developing in a professional and pleasant working environment. You have the advantages of a fixed pattern roster, a large route network, and great career development potential. Indeed, after just a couple of years in the right-hand seat of an A320 you will be given the opportunity to fly long haul on the A330, or to get short haul command.

“One of the best things about working at EI is that you get a permanent contract in a strong airline which is expanding. The arrival of new A321neo LRs is very exciting. It makes the prospect of flying short and long haul even more achievable.

“My advice to potential direct entry pilot candidates? If you’re looking to work for a reputable, growing airline with plenty of prospects for an interesting and long-term career then don’t miss this opportunity!”

“My name is Giovanni Conti. I’m Italian – I was born in Sardinia, in a small town in the northwest of the island called Sassari.

“After graduating from high school in my hometown, I moved to Valencia in Spain to begin my flying education. I secured my ATPL in June 2010. In March 2011, I was successful in a selection process to gain an Airbus A320-family type rating in Berlin.

“For me, flying is something you have to have a passion for – is not a just job you pick whenever you finish your studies. Planes have always fascinated me. Being a pilot is something that begins as a dream but turns into something you have to fight to achieve. At least, that has been the case for me! To me, being a pilot is an honourable profession – a job in which you never stop learning. It’s a job where every day something is different, in terms of the people you work with and the situations you face.

“Early in my career, I spent two and a half years flying over the Himalayan Mountains between Nepal and Bhutan, which has one of the highest airports in the world (Paro). I was flying the Airbus A319. It was difficult not being able to see my family, but I was building up valuable airline experience while flying to many major Asian destinations.

“By 2016, after logging approximately 1,700 Airbus hours I applied to Aer Lingus where, in March, I started on a contract basis. Finally, I was coming back to Europe! Today I’m here on a permanent contract since December last year as an FO on the A320 fleet in Cork. I’m very happy to be where I am now, flying in one of the most reputable and fastest-growing airlines in Europe. and looking forward to seeing my career grow in Ireland.

“Working for Aer Lingus allows me to have a good lifestyle due to the fact that rosters and holidays are published well in advance on a 5/3 pattern. This lets me organise and plan my work and my days off. This is especially valuable for me as it allows me to travel home to see my family.

“In terms of career progression, I really think this is a great company – you get the chance to fly different aircrafts through the fleet, starting on the A320/ 321 and then moving to the A330, giving you great experience before starting your pre-command training, and hopefully getting your left seat position. That is the highest achievement for any pilot. Progression is well planned especially through the training sessions we go through every six months.

“My message to any potential direct entry pilot: if you’re looking for a stable career with good prospects in a strong airline, Aer Lingus is the right company to work for.”

We’re offering qualified pilots a fantastic opportunity to join Aer Lingus for an exciting and rewarding career, flying our modern Airbus A320/321 and A330 aircraft from our bases in Ireland to over 80 destinations worldwide.

Over the next few years we will be adding the new Airbus A321LR to our fleet, which will also provide you with the opportunity to fly across the Atlantic to our destinations in Canada and North America on the longest-range, single-aisle aircraft in the world. If you want to become part of a diverse team who are passionate about our guests, brand and our service and ultimately want to get the opportunity to apply for pilot-in-command roles, why wait? Apply today and make the best decision in your career to-date. 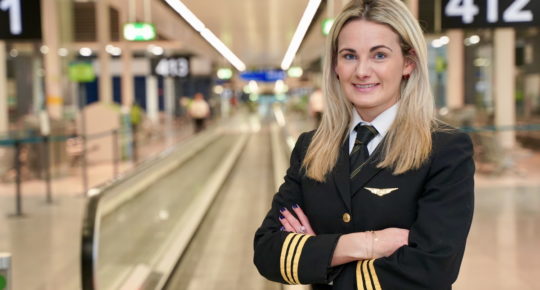 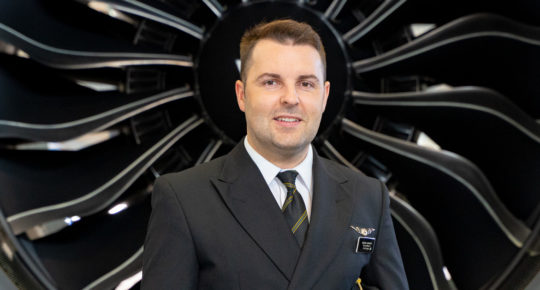 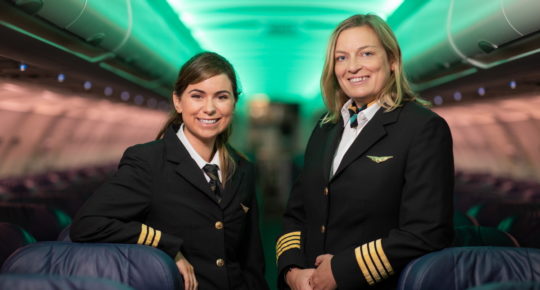 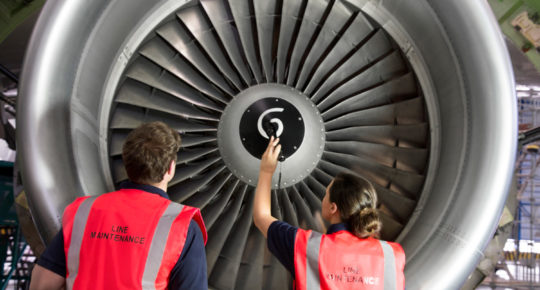